So remember that Agri-Expo that I mentioned to you guys a while back that was coming up in August? Well it actually passed this weekend gone, and it was GREAT! I only got to experience one day of activity out of the full three, but boy do I tell you, it was one heck of a day. Let me walk you through of what took place.

The opening day was more of a formal introduction from what I was told. The heads of different CARICOM states made actually physical appearances, which was a surprise to me. I wish that I could have been there, but it wasn’t in the cards. I was present on Saturday though, from around 10:20am. There were a good bit of people when I arrived. I found the booth where we were stationed and set up. Before I did that though, I took some time to move around and around and see who and what was around us.

As I mentioned in the blog before, this was supposed to be an event for government business, farmers and independent proprietors to network. To share their knowledge and products and learn new methods to expand their operations and also to create new opportunities for the future of the region as a whole. 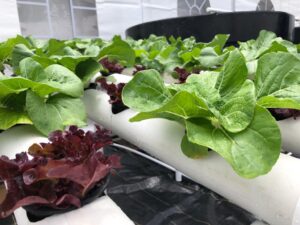 This was an agri-expo, so there were of course, agricultural produce everywhere. There was a large tent that was designated as the farmers market where farmers from across the region were stationed with a variety of their crops which they had on sale to the public. I had no idea that they were going to be there, so I was sadly unprepared. I would have brought my reusable market bags and packed them with produce.

Aside from that, there were other tents with sections for governmental organizations like the Agricultural Development Bank, who were not only providing information about loans to aid in developing farmlands, but also giving out free seedlings for lettuce and other easy to grow crops. Other privately owned business and Non-profit organizations were there doing the same as well.

There opportunity to network and give light on their purpose and abilities was present for all. I saw businesses advertising about their products that were derived from natural and local produce, such as a variety of flours made from ground provision like cassava and sweet potato. There was a company that focused on soil and the methods they use to increase its nutrient value for growing better crops. There were companies who were start-ups and were making their debut through this event.

One of my favorite things that I took a personal interest in was the varying methods for farming that was being highlighted. In one of my previous blogs I wrote about aquaponics, and the benefits of developing this new type of farming. Well I saw that aplenty. I saw different types of aquaponics and hydroponic systems that allowed for a decent yield of produce in a very limited space. This greatly interested me because while I may not be a farmer and have acres of land to plot on, I do have some space available that I would like to use to grow my own produce to use domestically. I took some information and cards, so I will be doing some of that. I’ll keep y’all posted on that. 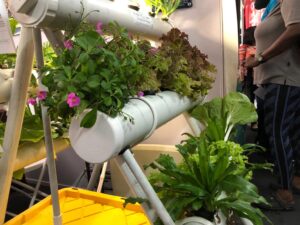 Aside from all of that, we, Your Equipment Suppliers, were there. When I arrived and had set up, I was surprised to see how people flocked to us. I was able to give a lot of information on our company and what we offer to established and budding businesses. One particular encounter that really peaked my interest was one I had with a professor from the University of the West Indies. She taught an agriculture class and was very interested in having us come in to meet her students and share what we did with them. This was exciting, because this was exactly what the purpose of the expo. To educate individuals about the importance of improving our agricultural sector and becoming self-sufficient and interdependent within the region. This is an opportunity I am looking forward to.

What was also fun was the entertainment that we provided through a spin-to-win game we offered at our booth.

People were invited to spin a colored wheel with the intention of getting double or triple matches and winning prizes that varied from locally made soaps and vehicle fragrances, to homemade wines and vacuum sealers to 5% lifetime discount on any item sold on our webpage. There was one girl I remembered because she was given the chance to solve a Rubik Cube that we had. She finished the puzzle in two minutes and change and won herself a vacuum sealer. 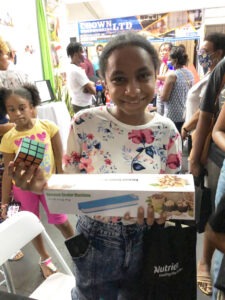 It was really fun engaging the public and sharing what we know and creating new opportunities. My only regret was that I was present for only one of the days and that the event did not last a day or two longer. Still it was wonderful!

I am looking forward to when the Agri-Expo comes around again. It may not be held within our own country, but you never know. I might be willing to go the extra miles or the experience.

A partner in your business development needs

Rating: 1 out of 5.
PHP Code Snippets Powered By : XYZScripts.com